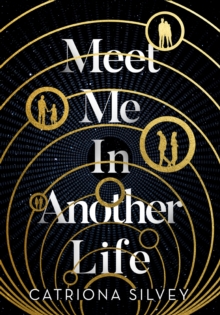 Many years ago in another life, I used to do weekly book reviews – back when I averaged about one book every week.

When I started Bert’s Books, the idea was simply to monetise the blog by offering the books I reviewed for sale. Of course, as many of you will know, Bert’s grew to be something much bigger than I’d ever anticipated and instead of merely a diversion while I looked for a ‘real job’ it became my ACTUAL job.

Ironically, the reviews were one of the first things I ended up stopping because I didn’t have the time.

I’m not sure if I still don’t have the time but I wanted to try – because I’m reading so many great books that I want to share them with as many people as I can.

Meet Me In Another Life by Catriona Silvey is one such book.

It starts with Thora escaping a club in Cologne – a get-to-know-you night for students at the university. It’s too noisy and crowded for her, so she heads to her private space in the cemetery for some peace and quiet.

But there’s someone there. Santi is lying on his back in front of the broken clock tower looking up at the stars.

The two of them talk and though not exactly friendly there is clearly a spark of something between them. They egg each other on and encourage themselves to climb to the top of the tower for a better look at the stars.

They spend a wonderful evening together and Thora’s convinced that they may well become best friends – until a short time later when she discovers that Santi died, falling from the tower.

It seems the story is over before it can really begin. But then…

Santi is a teacher, a class of eight-year-olds, amongst whom is young Thora who wants to be an astronaut when she grows up…

We alternate from Santi to Thora as they live their many lives – sometimes they’re friends, other times teacher and student, or lovers. Or siblings. Whatever they are, wherever they start, they are destined to meet each other again and again and again.

This is the sort of book where it didn’t take much of a pitch for me to want to read it. I love quirky fiction where reality is as it should be, but distorted by something unexplainable.

Like The Time Traveler’s Wife or The First Time Lauren Pailing Died– this book is firmly grounded in reality, but with an added twist of something unexplainable. The characters don’t realise that anything weird is going on – at least at first – and so the beginning third of the book is more like a collection of short stories.

But, whatever they are, whatever age they are when we meet them, the characters are the same and so we learn more about them, in all their guises as the book goes on, so with each ‘short story’ we become more and more invested.

That’s the over-arching question the book asks. Is it possible to know everything about a person? Even if we spend all our time with someone, share every waking thought, can we really know their true self if we don’t experience them as a teacher, brother, mother, lover?

It’s branded as science fiction – a mistake to my way of thinking – but it’s about as traditionally sci-fi as the Time Traveler’s Wife is fantasy.

I always try not to give spoilers in my reviews – and there’ll be no change to that policy here – but, I do want to talk about the ending, if only to tell you that it works.

Some books with a ‘gimmick’ like this don’t always end in a satisfactory manner, not quite answering all the questions – or worse trying to explain why and how everything happened and managing to take the magic out of it as they do.

This is the opposite. I thought the explanation that we got,  that the characters got worked really well and tied up Thora and Santi’s story(/stories) in a perfect way.

This is Silvey’s debut novel and not since The Seven Deaths of Evelyn Hardcastle has a debut novel felt so ambitious and accomplished – I can’t wait to see what she does next.

In the meantime, I may just have to revisit Meet Me In Another Life because it’s a book that definitely invites an immediate re-read. And you may just want to read it again. And again. And again…

Meet Me In Another Life is published in Hardback on 8th July 2021 – you can pre-order it here.

Category: Book Reviews
Tags: Catriona Silvey, Meet Me In Another Life, Santi Lopez, The Other Half of Augusta Hope, The Seven Deaths of Evelyn Hardcastle, The Time Traveler's Wife, Thora Liskova
Create a new list